Mussoorie is a hill station in the Dehradun district. It is about 35 km from the state capital of Dehradun. The hill station is in the foothills of the Garhwal Himalayan range. Mussoorie is famous not only for its scenic beauty but it has also developed into an important center of education. Local Sightseeing in and around Mussoorie Like Kempty fall, Municipal garden, Gun hill, Lal Tibba, Company Garden, Mall road, etc.
Hotel Check-in Time: 15:00 pm | Check-out Time 11:00 am Kempty Falls is a popular picnic spot located 15 km from Mussoorie city. It is nearly 1364 meters above sea level, at 78°-02’East longitude and 30° -29’North latitude. Known for its milky streams of water, Kempty Fall was developed by a British officer as a place for organizing tea parties. At a height of 4500 ft surrounded by the valleys of Mussoorie. Gun Hill is the second highest peak of Mussoorie located at 400 ft above The Mall. Gun Hill provides a 360-degree view of long Himalayan ranges. it is also known as a picnic spot for the locals. From this point, Mussoorie appears to be changing colors every minute, it looks amazing from here.
EXCLUDE: Gun hill Ropeway Trolley Cost Lal Tibba is regarded as the highest point in Mussoorie situated in an area called “Landour”, which is known to be the oldest inhabited place of Mussoorie. Lal Tibba is the highest peak's topmost point and most famous place in Mussoorie, popular among tourists and travelers for viewing long trails of major mountain peaks as well as romantic sunset and sunrise.
EXCLUDE: Lal Tibba Union Car Cost Rishikesh is known as the pilgrimage town and is regarded as one of the holiest places for Hindus. Hindu sages and saints have visited Rishikesh since ancient times to meditate in search of higher knowledge, Also the yoga capital of the World is in the Himalayan foothills beside the Ganges River. While in Rishikesh, you visit attractions like Laxman Jhula- a hanging bridge on the river Ganga is one of the most famous spots in Rishikesh. Also visit Bharat Mandir - the oldest temple in Rishikesh, near the Triveni Ghat.
Hotel Check-in Time: 15:00 pm | Check-out Time 11:00 am Lakshman Jhula is a suspension bridge across the river Ganges, is one of the most famous spots in Rishikesh. According to Indian mythology, Lakshman, the younger brother of Lord Rama crossed the Ganga with the help of a hanging bridge made of Jute. The bridge offers impressive views of the river Ganga as it crisscrosses down to Haridwar. The beautiful iron suspension bridge is called Ram Jhula at Muni-Ki-Reti. This significant landmark of Rishikesh was built in 1986 and is slightly bigger than Lakshman Jhula regarding length. Ram Jhula connects Shivanad Ashram (towards the east bank) and Swargashram (towards the west bank). Previously it was a hanging jute ropeway, however, in 1980; a permanent iron suspension bridge was made with the help of Shivananda Ashram. Often crowded with saints, sages and devotees, the Ram Jhula is also famed for attractions like Parmarth Niketan, Geeta Bhawan, Swargashram, Yog Niketan, Beatles Ashram, etc. Food lovers should visit the food courts located nearby the Ram Jhula.

Bharat Mandir is also known for age-old entangled trees having great significance in Hindu mythology. These trees are Vat Vriksh, Pipal, and Bail tree and many believe that these trees signify Tridev -Brahma, Vishnu, Mahesh. These trees are believed to be more than 250 years old. This temple is dedicated to Bharat, the younger brother of Lord Ram. Rafting and whitewater rafting are recreational outdoor activities that use an inflatable raft to navigate a river or other body of water. This is often done on whitewater or different degrees of rough water, dealing with risk is often a part of the experience. There are around 16 Rapids from Kaudiyala to Rishikesh during the rafting of 36 km in River Ganga. There are up to grade IV types of rapids in Rishikesh Rafting Routes. Haridwar is an ancient city and important Hindu pilgrimage site, where the River Ganges exits the Himalayan foothills. The most popular temples in Haridwar include Daksha Mahadev Temple and Mansa Devi Temple. The largest of several sacred ghats (bathing steps), Har Ki Pauri hosts a nightly Ganga Aarti Ceremony of the Holy River Ganges in which tiny flickering lamps are floated off the steps. Aarti is the beautiful ceremony in which delays (the oil lamps) are offered to God. Worshipers fill the city during major festivals including the annual Kanwar Mela. Daksheswar Mahadev or Daksha Mahadev temple is a Hindu temple dedicated to Lord Shiva, located in the town of Kankhal, about 4 km from Haridwar. It is named after King Daksha Prajapati, the father of Sati. As per the stories, this temple is where Hindu Goddess Parvati (Sati) jumped into the holy fire and died after being spurned by her father. A fierce battle raged between Hindu God Shiva and her father Daksha. Mansa Devi Temple, Haridwar is a Hindu temple dedicated to goddess Mansa Devi in the holy city of Haridwar. The temple is located atop the Bilwa Parvat on the Sivalik Hills, the southernmost mountain chain of the Himalayas. The temple is known for being the holy abode of Mansa Devi, a form of Shakti, and is said to have emerged from the mind of Lord Shiva. Mansa is regarded as the sister of the Nāga (serpent) Vasuki. Har Ki Pauri is a famous ghat on the banks of the Ganges in Haridwar. It was built by king Vikramaditya. This revered place is the major landmark of the holy city of Haridwar. Literally, "Har" means "God", "Ki" means "s", and "Pauri" means "steps". March to April and September to October are considered the best time to visit Uttarakhand. The state has wonderful weather all through the year. Trekking, Paragliding and The Char Dham Yatra are the most popular activities during Summer, which is also the Peak Season in Uttarakhand.
Some of the famous snowfall places in Uttarakhand are Chopta, Tungnath, Chakrata, Pauri, Chamba, Nag Tibba, Mussoorie, Auli, Nainital, Dhanaulti, Munsiyari, Harsil.
Chopta is amongst the coldest places in Uttarakhand, with temperatures falling as low as 10°C. You find snow settled everywhere, from the trees to the meadow. Trekking to Tungnath Temple, the highest temple dedicated to Lord Shiva.
Mussoorie is situated in Garhwal approximately at a height of 6600 ft. and is often referred to as the 'Queen of Hills'. Its prominence as a hill station came to light during British rule in the year 1832.
Best Time to Experience Snowfall in Nainital But due to climate change, it is estimated that Nainital and the other neighboring regions might receive snowfall four to five times this year. During the coldest time span, which is from late December to January, one can observe snowflakes.
Most of the people of Uttarakhand speak Indo-Aryan languages. Hindi is the official language of the state. Other languages used in Uttarakhand include Garhwali and Kumauni (both Pahari languages), Punjabi, and Nepali.
Some popular dishes of Uttarakhand cuisine are Rabri (that made with Jhongora (Shyama ka chawal) & Chaas (buttermilk) adding leafs of Radish. Khadi or jhwāi (made with buttermilk) Arsa (made with rice and jaggery)
from ₹ 0 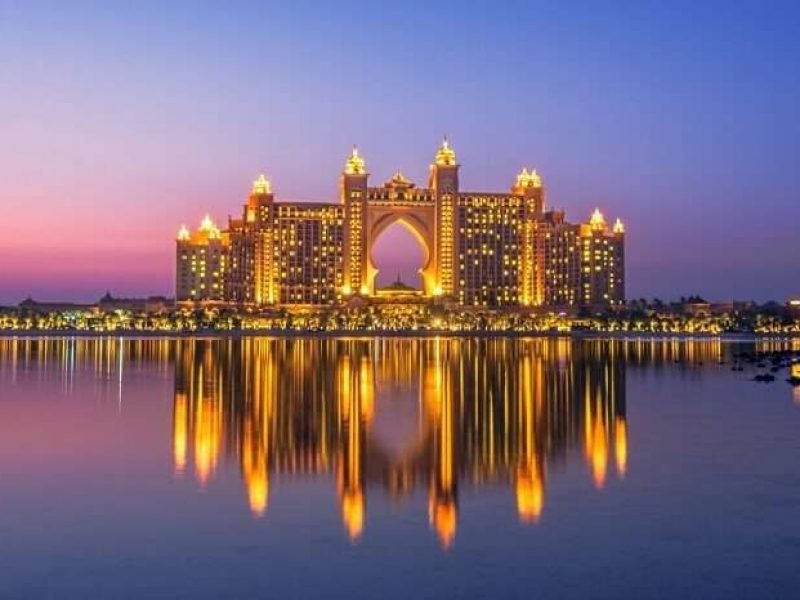